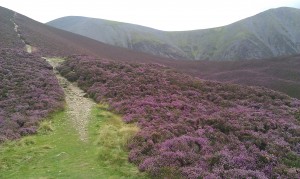 View across the side of Skiddaw

I have just returned from a wonderful family holiday in the English Lake District. The area is widely known as one of the country’s most spectacular places to visit. There are plenty of tourist brochures that will tell you the same.

The Lake District has been an attraction for many years and home to many authors and poets. So how about a few names and locations.

Beatrix Potter lived at Hawkshead and is known for her anthropomorphic characterisations of the rabbit, hedgehogs, frogs, ducks and more.

Arthur Ransome wrote Swallows and Amazons initially inspired by the Lake District scenery though he later moved to East Anglia, about as different as you can get!

William Wordsworth, Samuel Taylor Coleridge and Robert Southey were known as the Lake Poets and took their inspiration from their surroundings. Easy to understand when you can stand on top of a mountain and see for miles in every direction. Wordsworth was born in Cockermouth is buried at St. Oswald’s church in Grasmere.

Melvyn Bragg, broadcaster and writer was born and grew up in Wigton, Cumbria. He is well known for presenting arts programme The South Bank Show. His novel The Maid of Buttermere was published in 1987 is based on the life story of Mary Robinson, who was mentioned in William Wordsworth’s Prelude.

Ernest Hemingway was inspired by the area and it is a recurring theme in his novella The Torrents of Spring.

This is just a small sample of the writers and authors who have taken their inspiration from the Lake District so if you feel the need to walk with a few literary giants then pay a visit. Be warned though, the lakes are there for a very good reason. The Lake District is the wettest place in the UK, take a raincoat, umbrella and wellies because it could rain at any time – or all the time.

2 thoughts on “Literature and the Power of Scenery”

Bad Behavior has blocked 553 access attempts in the last 7 days.